Why The Miller Trust Payback Clause Is Not A Deal Breaker 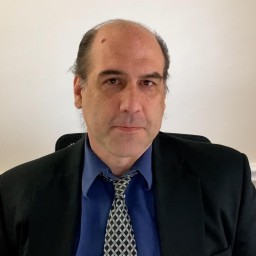 If a Medicaid applicant has gross monthly income of $2,200 and the nursing home they reside at costs $4,500 per month what can they do?

1 – They can decide the payback provision in the Miller Trust is unbearable and not create a Miller Trust. With that choice, they will be stuck paying the full nursing home bill on their own and losing $2,300 per month in Medicaid nursing home benefits all in a vain attempt to protect their $2,200 income which is being spent on nursing home bills anyway. How much did they really succeed in protecting? This decision is even more bizarre if the Medicaid applicant is married and their spouse is eligible to divert some or all of the income from the Medicaid applicant to themselves. In that case, they are losing even more than $2,300 in monthly Medicaid benefits and the healthy spouse at home is stuck spending his or her spouse’s income on nursing home bills when he or she may have been able to keep it for their own living expenses. Or,

2 – They can create a valid Miller Trust through TexasTitle19.com and administer it properly. This will allow them to establish income eligibility for Medicaid and have the State pay the balance of their nursing home bill each month. If the Medicaid applicant is married and the healthy spouse qualifies for an income diversion the Miller Trust allows the Medicaid applicant to obtain the highest amount of Medicaid benefits and allows the spouse to keep a portion or all of their spouse’s income rather than spending it on nursing home bills. They will have the payback provision which may or may not require a payment at a later date, but most people consider it a fair trade for the many months of Medicaid benefits they can receive.

What sounds better to you: 1) paying $4,500 a month in nursing home bills with no end in sight, or 2) risking the chance of paying one month’s income to the State by using a Miller Trust?

The payback requirement may sound alarming, but in operation most people see it as a small price to pay in order to obtain valuable Medicaid nursing home benefits. Speak with an experienced Woodlands Medicaid attorney today at (832) 592-7913 if your loved one needs to qualify for nursing home Medicaid benefits.